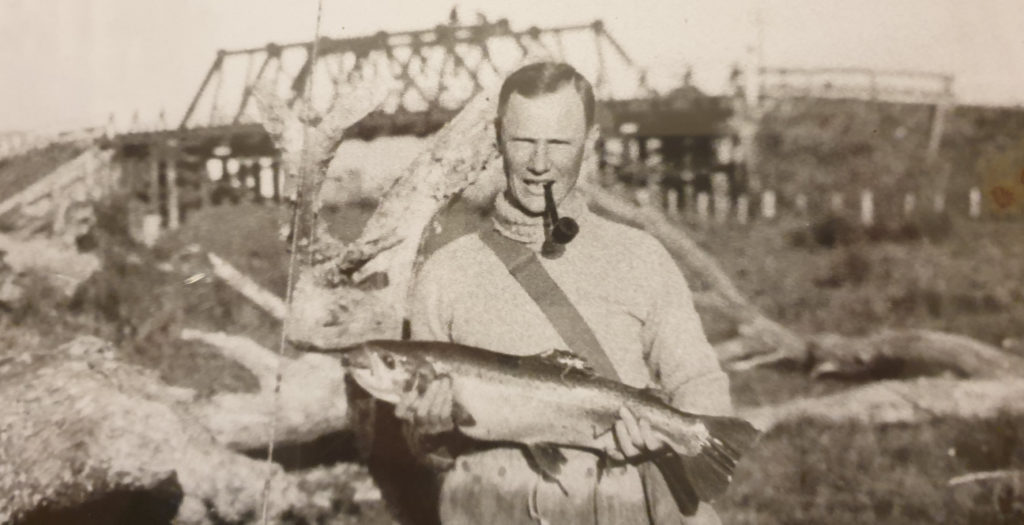 In the mid-1930's he moved Kelly Ltd to Fenton Street in Rotorua and named it the Rotorua Sports Depot. Rotorua was the ideal place to design, test, and make fishing tackle.

In 1936 he put out the company's first wholesale price list under the name Kelly (Rotorua) Ltd. With imported goods being very scarce at the time a small wholesale division increased its manufacturing effort in the back of the shop.
1930s & 40s
The Kilwell Brand

The KILWELL brand was created by John initially with two "L's" in the middle - KILLWELL - as he wanted his flies to kill fish well. This was considered not very PC even back in those days so the second L was dropped.

In 1949 the company withdrew from retailing and sold off the Rotorua Sports Depot. Kelly (Rotorua) Ltd traded solely as an importer and wholesaler. The company was known in the trade as the Kelly Gang. 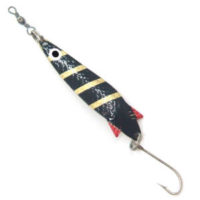 Progressively the company was appointed as an exclusive distributor of leading international brands at that time. These included top lines of fishing tackle including Mitchell, Abu and Scientific Anglers to name a few.

In 1950 Kelly Ltd obtained the Mitchell fishing brand. It was the largest in the world at the time.

1951 saw Kelly Ltd take on the Abu agency which included reels and lures.

In 1960 Kilwell was fortunate enough to secure the Scientific Anglers fly line agency. Kilwell was only the second international distributor of the brand behind Canada.
1965
The 2nd Generation 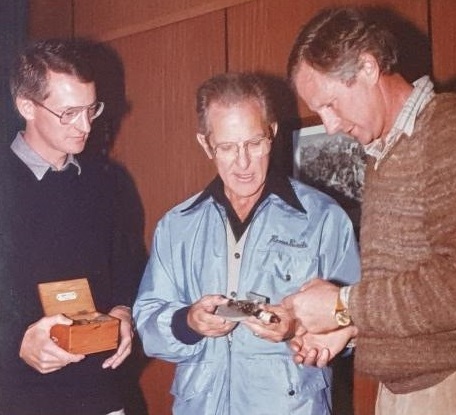 John L Wells' sons Jeremy (left) and John G. (right) purchased the company in 1965 as John Snr was very unwell at the time and chose to retire.

A couple of years later, in 1968, Kilwell Fibretube was established, the first company in Australasia to produce tubular fiberglass and rod blanks for the domestic and export markets. This opened up a full range of the latest fishing rods to the New Zealand angler – a new era had begun.

Over the decades, along with fishing rod blanks, Fibretube produced a multitude of other sporting equipment including rowing oars, yachting components, squash racquet shafts for Dunlop, Slazenger, and Spalding, as well as tubing for aerospace, mining, and industrial applications.
1985
Kilwell Sports - The Company 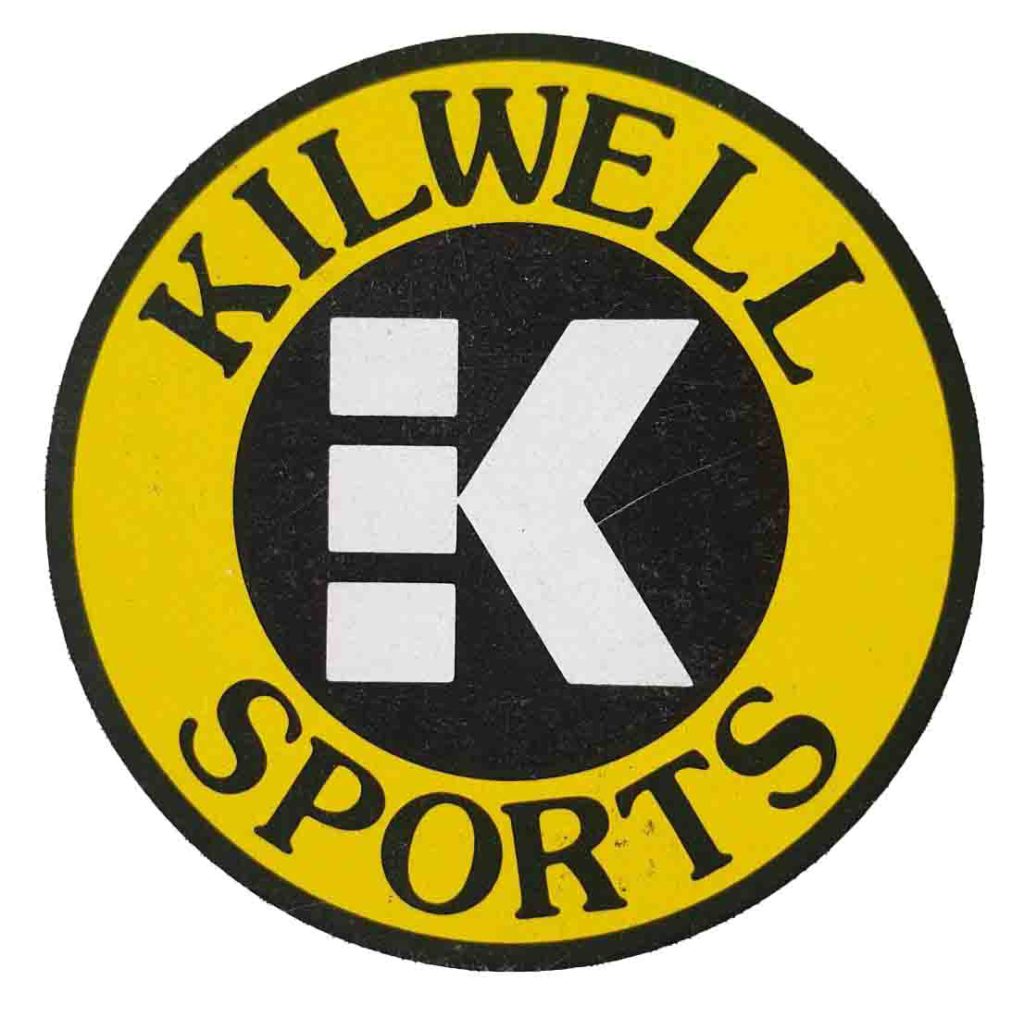 The Kilwell brand had become so prominent nationally, the company and its subsidiaries were changed to reflect the brand name and Kilwell Sports Ltd was established.
1989
Bigger and better 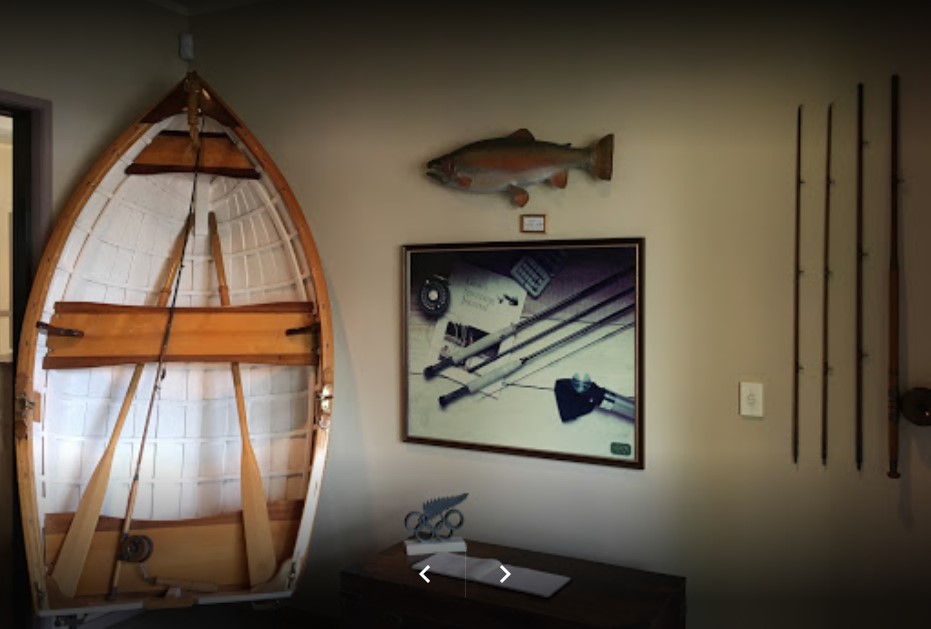 In 1989 Kilwell moved to its current location on Te Ngae Road. Jeremy's passion for preserving the past has meant the building is somewhat of a museum with an extensive collection of world-renowned fishing tackle, rods, reels, and taxidermy.

The Jeremy Wells family took over ownership of the company in the early 1990s.
2013
E-commerce site
In 2013, Kilwell took a leap and launched its first e-commerce website. This site was designed as an online catalogue to display the multitude of brands and products they distributed.
2018
The 3rd Generation 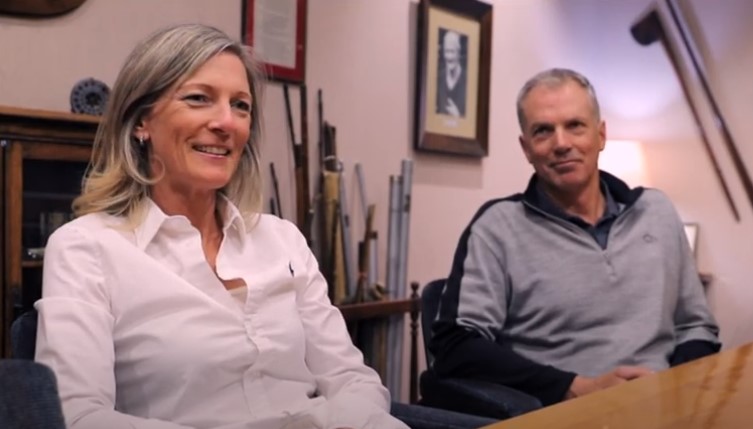 After a number of years working in the sales and marketing departments, Jeremy’s two children (the 3rd generation) Amanda & Geoffrey took over the company. Amanda focuses on the marketing aspects and operations of the business while Geoff has a passion for sales in the outdoors and fishing fields while

Like several Kilwell staff who leave – they always come home. Craig initially joined as an accountant in 1995 fresh out of Auckland where he had worked for one of the big 4 Accounting firms. In the late 1990s, the big wide world and corporate scene took him overseas where he worked for a range for FMCG, distribution, and media firms. In 2013 a yearning for home brought him back to Rotorua with his young family. He became the Kilwell CFO in 2014 followed by CEO in 2018. Mountain biking and fishing are his passions when he finds a spare minute or two and can manage to convince his family to join him.

With a Post Graduate Diploma and a passion for wine (growing and drinking), a switch to the family business in 2006 was a real game changer for Amanda. Fishing wasn’t her forte, but she soon learnt one end of a rod from the other. Outside of website stuff and doing all things marketing, she can be found rolling through the hills on her mountain bike or chasing a golf ball around the course with her husband and 3 boys.

Geoff was destined to work at Kilwell! He is a 3rd generation member of the family to own the business (along with his sister Amanda) and has a passion for everything fishing and hunting. They took over the reins from Jeremy in 2018 and Geoff is responsible for buying many of our product lines from agencies overseas and working closely with our retail and commercial partners. In his spare time, Geoff will often be at the range smoking up the clay targets and winning the odd National title while he’s at it. His daughter and twin boys are often on hand offering side-line support and advice

Just got back from my summer holidays. Waiting for me was my beloved rod. Fixed by kiwis. How can a rod become so much a part of you? I bought it in 2001 while fishing for 4 months in the South Island and it has been all over the world with me on every trip. I can’t thank you guys enough. Getting back to New Zealand one day is a dream but every time I pick up my Kilwell rod ….. guess what! I’m living the dream. Cheers Nick

Some years ago I sent an old reel to your company to see if you could repair it. I was not holding my breath. But in a short time the reel was received by me in really excellent condition. I did ring and thank the person/s who did such a fantastic job. But it was the way your staff were so helpful and friendly that really left it’s impression with me. Today was another stab in the dark to see if you had a part for a reel that has long gone. I could not have struck a more friendly and helpful person in your reel department. His name is Malcolm and if all companies had staff like Malcolm it would always be a pleasant experience dealing with that company. So thank you Kilwell for employing such great staff and thank you Malcolm for you knowledge, friendliness and really helpful nature. You are a star. Many thanks, Jim Pilling ( Another extremely happy and thankful customer.)

Just got my Jelly Tip rod back from the Kilwell team – with new rod guides replaced. Can you pass on my sincere “Thank You” to the repair team and the whole Kilwell team/people involved. Absolutely fantastic service and excellent job done. Look forward to testing it out again – soon!

A big thank you to the Kilwell team for your replacement of the tip of my presentation 907/5 rod. Much appreciated and very unexpected. I Will certainly sing your praises. I have 3 Kilwell rods, and will certainly be looking your way in the future when replacements are needed. Thanks again.